The Miseducation of Frank Waln | What Makes a Mountain, Hill or Prairie ‘Sacred’ for Native Americans #NoDAPL #WETIKO 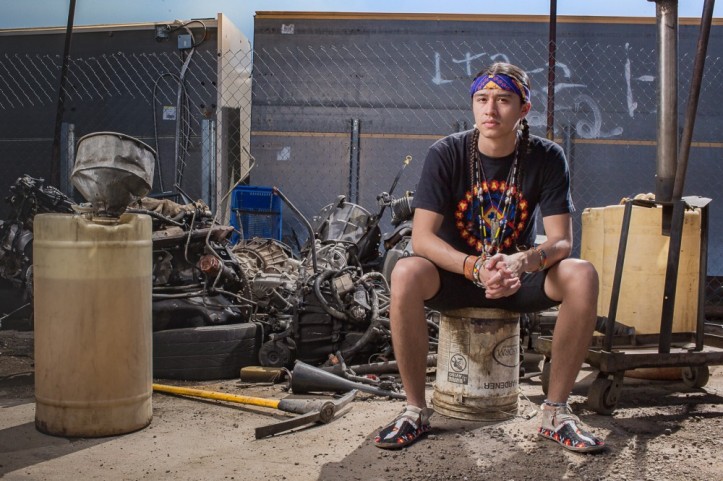 On and off the reservation, schools tend to whitewash the stories of Native Americans.

Frank Waln, a Lakota hip-hop artist from He Dog…

READ: The Miseducation of Frank Waln

What Makes a Mountain, Hill or Prairie ‘Sacred’ for Native Americans

The sacredness of the pipeline site

At different national and international venues, Lakota leader Dave Archambault Jr. has stated that the Lakota view the area near the potential construction of the Dakota Access Pipeline as both a “sacred place” and a “burial site,” or as both a place set aside from human presence and a place of human reverence.

Lakota scholar Vine Deloria Jr. described the “sacred stones” in North Dakota in his book “The World We Used to Live In” as having the ability of “forewarning of events to come.”

Deloria described how Lakota religious leaders went to these stones in the early morning to read their messages. Deloria shared the experiences of an Episcopal minister from 1919.

“A rock of this kind was formerly on Medicine Hill near Cannon Ball Sub-station…. Old Indians came to me… and said that the lightning would strike someone in camp that day, for a picture (wowapi) on this holy rock indicated such an event…. And the lightning did strike a tent in camp and nearly killed a woman…. I have known several similar things, equally foretelling events to come, I can not account for it.”

Deloria explained that it was “birds, directed by the spirit of the place, [that] do the actual sketching of the pictures.” The Lakota named this area Ínyanwakagapi for the large stones that served as oracles for their people.  The Americans renamed it Cannonball.

I had heard and read of this mind virus years ago:

We did not think of the great open plains, the beautiful rolling hills, and the winding streams with tangled growth as “wild.” Only to the White man was nature a “wilderness” and only to him was the land infested by “wild” animals and “savage” people. To us it was tame. Earth was bountiful and we were surrounded with the blessings of the Great Mystery. Not until the hairy man from the east came and with brutal frenzy heaped injustices upon us and the families we loved was it “wild” for us.
~ Luther Standing Bear, Land of the Spotted Eagle6

Wetiko is an Algonquin word for a cannibalistic spirit that is driven by greed, excess, and selfish consumption (in Ojibwa it is windigo, wintiko in Powhatan). It deludes its host into believing that cannibalizing the life-force of others (others in the broad sense, including animals and other forms of Gaian life) is a logical and morally upright way to live. (Think of the political climate in the USA)

In his now classic book Columbus and Other Cannibals, Native American historian Jack D. Forbes describes how there was a commonly-held belief among many Indigenous communities that the European colonialists were so chronically and uniformly infected with wetiko that it must be a defining characteristic of the culture from which they came. Examining the history of these cultures, Forbes laments, “Tragically, the history of the world for the past 2,000 years is, in great part, the story of the epidemiology of the wetiko disease.”7

“Wetiko,” a Native American word, simply means “a diabolically wicked person or spirit who terrorizes others by means of evil acts.”

[You may have noticed this but the MIX emag/blog has closed its doors. We had a good run for three years, but with too many other pressing commitments, it was time to let that blog go… xox to all who read it… Trace]