Break out the cigars!  We have a new baby — the brand new anthology CALLED HOME [Book Two: Lost Children of the Indian Adoption Projects].

Whew – it took way more than nine months to make this baby!

I do treat books like babies, giving them love and attention while they grow. Eventually I let the book go off and travel on its own.  It’s not hard to watch it travel to new hands and lands.

The 49 writers in this new anthology (plus one poet who is not an adoptee) didn’t spare us any details of what it was like growing up outside of their culture and trying to fit back in. They are not “angry bitter” but changed by their experience of being adopted outside their culture and tribal families. (Many were small children and separated from their siblings too. This is heartbreaking to read.) Finding your way back is usually the most challenging part, then come the reunions!  Generations of families were affected and adoption does change all of us. That is the dilemma: adoptees feel we don’t know enough to fit back in but we have to be back HOME to re-learn what we missed!

Writing personal experience actually heals you in many ways. The changes I have noticed in the writers in TWO WORLDS (up to now) is significant.  Each has grown more secure in themselves, most are still in reunions, and they have developed a unique voice as gifted writers! Some new adoptees had never been asked to share these personal details and for some, yes, writing was scary.

There is no shortage of talent in Native Americans, and these writers are from across North American (and one Lost Bird is from Ireland via Newfoundland and another is a LAKOTA living in Germany.) As much as I have changed in the past 10 years, you will see that clearly in the updates from Two World anthology adoptees in part two of CALLED HOME.

My husband was saying that the book press release needs to interest people who are not adopted. He said lots of people have difficulties being with their own family members. That is definitely true.

So is the question: will the general public care to know that thousands of American Indian and First Nations children were adopted out to white families prior to the Indian Child Welfare Act of 1978??  Will they care not every adoption was magical or perfect?  Will they care that adoptees have opinions about their own experiences and the BABY V case which stunned many of us Lost Birds? Do Americans and others want to know what happened to the LOST BIRDS in this adoption history? That remains to be seen.

As a matter of record, every adoptee in CALLED HOME wanted to find and reunite with their tribal relatives. These are mini-biographies with twists and turns and so much courage!

Part Three, there is a section in the book for adoptees who are still searching and have been told that one or both birthparents are Native American.

They are all excellent essays, so I cannot begin to choose a favorite but Levi’s THE HOLOCAUST SELF will definitely stop you in your tracks. It applies to many humans who are marginalized, but especially Native Americans and adoptees in general.

Co-Editor Patricia Busbee’s introduction in the book is brilliant and heart-wrenching as she shares her reunion with siblings and shares pieces of the past in her adoptive mother’s diary.

Here’s an excerpt from a new writer Cynthia Lammers (who has found she has 5 brothers and they are Lakota.)

…My case worker told me I had to write a letter to my birth mother, explaining why I wanted to know her. I did this and sent it to her. Then I had to do some legal paperwork for the State of Nebraska and pay $15 to have it processed. Then I later received a phone call from my case worker, telling me to come to Omaha on a certain date. That I was not to come alone, to have a friend or family member come with me. My best friend Susan went with me to Omaha. We had no idea what this was about to happen? Was I finally going to meet my birth mother? We arrived at the address that I was given at the time they told us to be there. We were at a College Campus, in a classroom, filled with about 50- 60 people, sitting at round tables with 6-8 people at each table. We ate lunch. Then a Native American man started the meeting with a prayer. Then several different Native men and woman got up to speak, each one telling a story about their lives. The strange thing was, almost every story was almost the same about how they grew up and who they grew up with. Native people growing up in white families. We were all adopted. We all had alcoholic mothers who couldn’t take care of us. We all felt lost at some point in our lives and maybe some of us still did. We all had questions about who we really were.   What was our Indian Culture or Heritage about, we didn’t know. Were we all related? Probably not, I thought to myself.   Then suddenly, it hit me, I turned and looked at my caseworker from the Children’s Home. She had tears running down her face. I said to her, “You have been lying to me all these years, haven’t you?” She began to cry. I began to cry. Once I got myself back together, I told her it probably wasn’t her fault, that she was just doing her job. She’d been telling me what she was told to tell me…”

Help us get the word out and tell your friends. Patricia and I and all the adoptees in this book are available for interviews, too.

As I wrote in the Preface:

“For Lost Birds/adoptees coming after us, when they find this new book and the earlier anthology TWO WORLDS, adoptees themselves documented this history and evidence.  We have created a roadmap, a resource for new adoptees who will wish to journey back to their First Nations and understand exactly what happened and why.  There is no doubt in my mind that adoption changes us, clouds the mind and steals years of our lives, but there is something non-Indians can never steal and that is our dreams and the truth we are resilient!”

From my heart to yours, I am so grateful to be able to do this work.  Mitakuye Oyasin (We are All Related) and Megwetch (THANK YOU)….Trace/Lara

MEDIA BLOG: http://lostchildrencalledhome.blogspot.com/ (lots more details there if you are interested!) 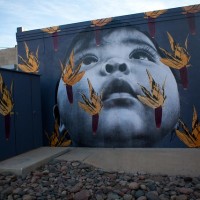 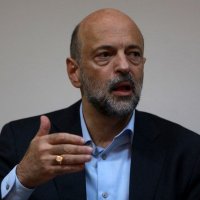 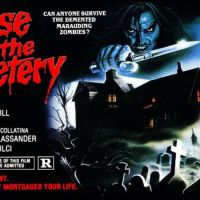 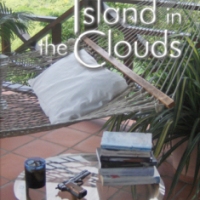