Madrid – At the Museo Reina Sofía, the artist Luis Camnitzer has piled up a grid of 80 blocks, approximately 12 by 12 inches each, and wrapped them in brown gauze.  Imprinted with the word “LEFTOVER,” followed by a Roman number, each block appears to have been shot, dripping fake, plastic blood on the museum’s floor.  The piece, “Leftovers” (1970), is an homage to those of Camnitzer’s generation who died in the hands of the Uruguayan repressive state.

FYI:  We estimate the number of political prisoners in Uruguay in January 1976 at nearly six thousand. Torture in Uruguay | by Ivan Morris | The New York Review of … 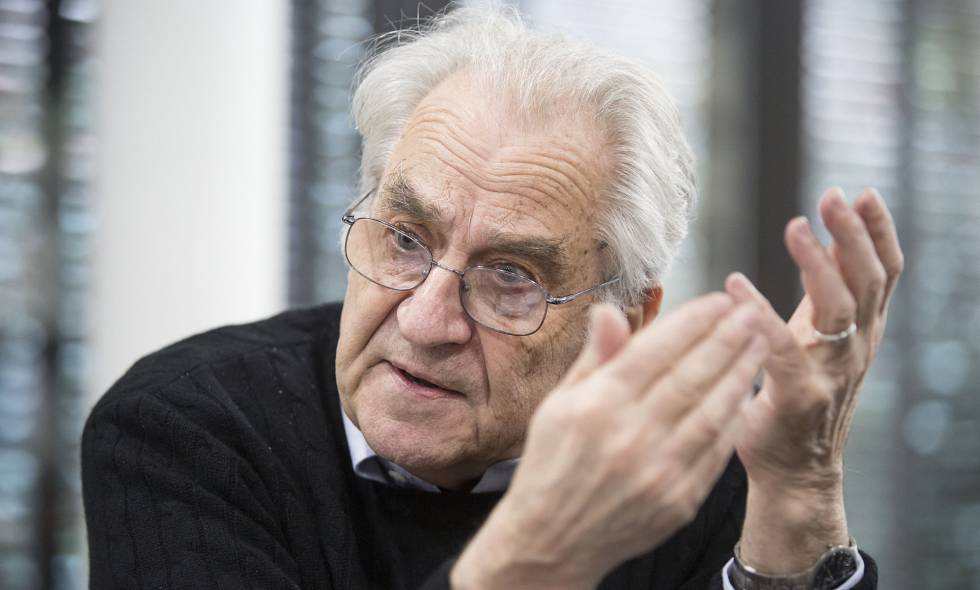 As an essayist, art critic, curator, teacher, lecturer and a creator of objects, actions and musical compositions, Luis Camnitzer’s multi-faceted work spans nearly 60 years…  The work Failed Utopias gives the exhibition its name, at the express wish of the artist.  Chiming with his usual irony, Camnitzer alludes to the ‘dark’ history of the Sabatini Building as a hospital and as a place for ‘lunatics, or the insane’.  The retrospective also constitutes a time frame of Camnitzer’s utopia, which he defines as “a process through which one seeks perfection, where perfection, like a mirage, constantly grows distant at the same speed one believes oneself to be nearing it.  Something similar to the revolution in the revolution”.

Born in Lübeck (Germany) and raised in Uruguay, Luis Camnitzer moved to New York in the 1960s, where he focused on his art, essays and teaching work. He is currently professor emeritus at the State University of New York.  Camnitzer regards himself as a Latin American artist exiled in the contemporary art capital, and is unquestionably a key figure in the development of twentieth-century Conceptualism.

Hospice of Failed Utopias, the title of Camnitzer’s retrospective at the Reina Sofía, features 100 of his works produced since the 1960s.

Camnitzer’s newest piece, “About War” (2016–2018), considers the influence of military strategy in contemporary mappings of the world.  “About War” juxtaposes quotes from Carl von Clausewitz’s military strategy treaty On War with Google maps locations of US military bases in Latin America.  Zaya cites from Camnitzer’s emails: “We are now returning to the most reactionary kind of nationalist fragmentation, […] all of this within the context of a kind of neo-feudalism, where the weapon industry is provoking new military clashes.”