For many, it seems like a betrayal. The decision to pack up and move the National Archives at Seattle to Southern California and Kansas City, Missouri, has rattled those who have spent hours doing research in the mammoth facility.

OMG: ‘Terrible and disgusting’: Decision to close National Archives at Seattle a blow to tribes, historians in 4 states | The Seattle Times

“Oh, and that isn’t all. This self-absorbed, egomaniacal, arrogant, bag of Cheetos vomit even toyed with the idea of giving himself the Medal of Freedom.”

A new type of immune cell which kills most cancers has been discovered by accident by British scientists, in a finding which could herald a major breakthrough in treatment. Researchers at Cardiff University were analysing blood from a bank in Wales, looking for immune cells that could fight bacteria, when they found an entirely new type of T-cell.

That new immune cell carries a never-before-seen receptor which acts like a grappling hook, latching on to most human cancers, while ignoring healthy cells. In laboratory studies, immune cells equipped with the new receptor were shown to kill lung, skin, blood, colon, breast, bone, prostate, ovarian, kidney and cervical cancer.

Professor Andrew Sewell, lead author on the study and an expert in T-cells from Cardiff University’s School of Medicine, said it was “highly unusual” to find a cell that had broad cancer-fighting therapies, and raised the prospect of a universal therapy.“

This was a serendipitous finding, nobody knew this cell existed,” Prof Sewell told The Telegraph.“ Our finding raises the prospect of a ‘one-size-fits-all’ cancer treatment, a single type of T-cell that could be capable of destroying many different types of cancers across the population.

In My Neck of the Woods

I don’t know about you but I am super-charged for change – and that change includes PEACE! A real big issue here in the US and really the world needs solving and fast. We should be done with bad history and secrecy and militarism (Germ Warfare included) and war (read below) but sadly, all still exist and persist. I just watched the 1980 Movie Virus with Glen Ford when civilization was destroyed by a secret military weaponized virus.  We have to do better as humans to understand we have been conditioned to accept WAR as the only answer to problems.

But five prestigious colleges near me are trying to fix some of it… Called Gathering at the Crossroads: Building Native American and Indigenous Studies at the Five College Consortium, the effort will allow the campuses to develop and establish a set of new academic pathways for students interested in Native American and Indigenous Studies – supported by new faculty, new courses and new course modules – as well as create new advising structures to guide students through these academic options. The grant includes funding to bring a variety of scholars and Indigenous experts to the campuses to collaborate in this work.

I hope we see real change in Native American history…

This is a wagon loaded with Ponca children driving them away from their families to one of the government’s Native American boarding schools where some died and all were brainwashed to hate their culture. This isn’t taught in schools but is a real stain in American history pic.twitter.com/g9P4lsEKvO 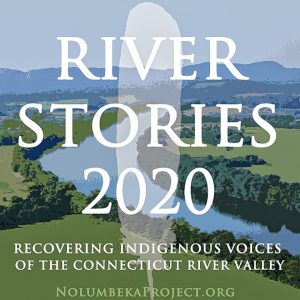 This is also big news

“River Stories 2020: Recovering Indigenous Voices of the Connecticut River Valley” will kick off this Saturday, Feb. 1, at Greenfield Community College with a traditional “Native American Social and Stomp,” a series of dances and talks led by members of the Abenaki and Wampanoag (the latter tribe was the first to make contact with the English settlers in 1620). This is just the first of about a dozen planned events that will be held up and down the Connecticut River Valley this year — at least one every month through November— mostly in Massachusetts but also in Vermont, New Hampshire, and Connecticut. READ MORE

The U.S. military has over 800 bases ranging from torture sites to drone hubs in over 70 countries. US tensions are more intense that in any period of time with Iran, Syria and Hezbollah as Trump signed off on a new defense budget worth $738 billion including funds for his new Space Force. (source)

In the early years of the nuclear age, Albert Einstein and other physicists warned of the danger of nuclear weapons. Now, with the Doomsday Clock at 100 seconds to midnight in 2020, a group of prominent scientists including Stewart Prager, Steve Fetter, Alexander Glaser, Zia Mian, and Frank von Hippel is again taking action. Read more.

A nation that continues year after year to spend more money on military defense than on programs of social uplift is approaching spiritual doom. – Martin Luther King, Jr.