Winter Fire – And Our Mother’s Cried | Where are They? | The Worst Way to Start a City

“And Our Mothers Cried” vividly brings to life the Indian boarding school era of the late 19th and early 20th centuries. For several generations of Native American children, including some Chickasaws, attending boarding school meant separation from their families and indoctrination into a culture that wasn’t their own. The schools, which were guided by the infamous slogan, “Kill the Indian. Save the Man,” prohibited most students from speaking their own language and emphasized labor-intensive trades that would assimilate them into white culture through military-type institutions.

The documentary presents a stark contrast between these schools and schools established and operated by the Chickasaw Nation, which were designed to prepare Chickasaw children to compete in a rapidly changing world. “And Our Mothers Cried” presents compelling stories from some of the Chickasaw elders who lived through the boarding school era. Their experiences weave a complex story of sorrow and survival, but also one of hope and resilience from a time when tribal governments and culture were under attack. 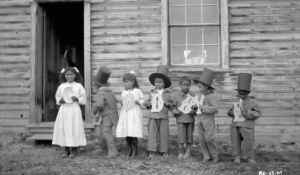 On June 15, 2017, at its Mid‐Year Conference in Connecticut, the National Congress of American Indians (NCAI) adopted a resolution, sponsored by the Chickasaw Nation, encouraging American Indian and Alaska Native Tribal Nations, families, and descendants to provide information on children who never returned home from Indian Boarding Schools.

The information will be used for a submission to the United Nations (UN) Working Group on Enforced and Involuntary Disappearances (UNWGEID). This UN submission will be jointly filed by the National Native American Boarding School Healing Coalition (NABS), the International Indian Treaty Council (IITC), and the Native American Rights Fund (NARF). The submission will call on the United States to provide a full accounting of the children taken into government custody under the U.S. Indian Boarding School Policy whose fate and whereabouts remain unknown. NCAI represents 250 American Indian and Alaska Native Tribes.

For more information on the US Boarding School policies, their ongoing legacies, and using UN human rights bodies to defend the rights of Indigenous Peoples, log on to www.boardingschoolhealing.org, www.narf.org, and www.iitc.org. 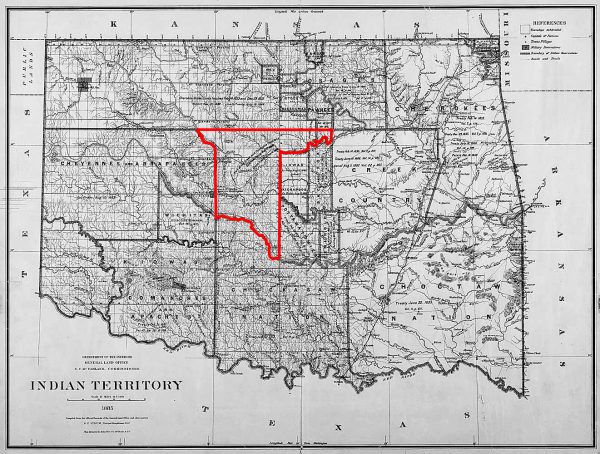 In the 1860s and 1870s, white settlers from the areas around Indian Territory — like Kansas and Texas — started to realize that there was vast piece of land in the middle of the United States that wasn’t claimed by anyone (ah, what?). They started agitating to to be allowed to seize this land for free. These white settlers even began a series of illegal raids into the territory, sneaking into Indian Territory at night to get to that little center portion of the Unassigned Lands. 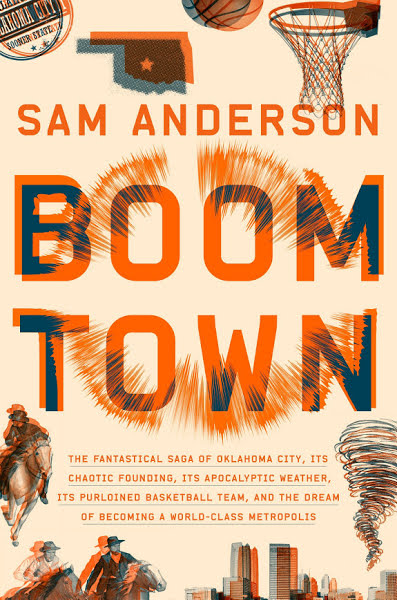 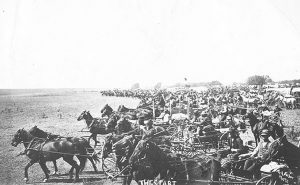 Couch and his men had brought surveying equipment — and they quickly began laying out streets and lots as they had planned them in the months leading up to the Land Run. In the days following Oklahoma City’s rapid settlement, town leaders would have to reckon with all the cheating that had happened during the Land Run. Who cheated and who didn’t? Who deserve to keep their land and who didn’t?

GOOD LISTEN: The Worst Way to Start a City – 99% Invisible