(White Lash video: what DO we tell our kids and grandkids? The truth, all of it…)

I’m sure there are plenty of people gloating, in shock, or some even panicking, over the electoral vote for The Donald, as if this one particular presidency is going to make our life better, worse and/or different.  I’m sure there are still optimists out there who think that this guy will change everything and rapidly. Or that Trump is the first common man’s president, since he’s a non-politician and considered an outspoken revolutionary. 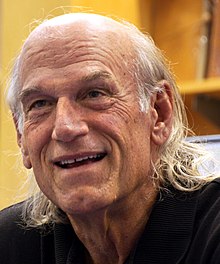 When I was editor of Ojibwe Akiing, I recall when Jesse Ventura (left photo) was that guy too.  He was elected governor of Minnesota (1999-2003) and he said (coming from a background of no political experience) that he would not meet with special interests. That was when the tribes in Minnesota requested to meet with him. This knucklehead was unaware of the federal treaties and the government-to-government relationship with tribes.  In Minnesota, there are seven Anishinaabe (Chippewa, Ojibwe) reservations and four Dakota (Sioux) communities.  Lackluster in his governance and low on experience, Ventura didn’t last long in the political arena.  [He told tribes he had used hand grenades to catch fish. Just toss the grenade into a lake and BOOM! Yup, true story.]

We’d assume the learning curve for any non-politician to take office is pretty steep.  What could possibly happen? or go wrong? or nothing happens – like with Obama who was blocked by Congress at every turn?

Other journalists and I are making a list of what is going to affect tribes in the near future with The Donald Presidency.  (Like the Supreme Court Justice appointment.) Personally I don’t think the Standing Rock protectors are safe, the Dakota Access PipeLine (hashtag #NoDAPL) will proceed quickly and some protectors could actually be murdered, a bloody sacrifice for Big Oil interests. Trump invested in pipelines.

@BarackObama @POTUS I urge you to act now to protect Standing Rock from the Dakota Access Pipeline while there is still time! #NoDAPL

Rudy Giuliani says, ""This is like Andrew Jackson's victory." My daughter notes, "The guy who committed mass killings of Native Americans."

I watched the protests last night on TV.  I applaud them but will it work?

My husband is a mix of African American and Native American.  He has lived through many presidents and has lived a very different experience than me, one that is hard for me to fathom.  Frisked for being black? The Danger of DWB: Driving while Black? Hands Up: Don’t Shoot Me (or us)??

Can you for one minute imagine that?

This is real life in America.  Not wanting to take a leisurely drive to hill-towns near us because he could be a target and shot in cold blood by some random rifle-carrying racist?  Don’t take unnecessary risks?  This is his thinking, yet I can only imagine what it’s been like for him; I cannot live his experience in his skin but I am living it my own way.

My husband could be killed. That has been and will continue to be my fear and my reality and more so, due to The Donald presidency.

Whether thru ignorance, strategy, or apathy, my fellow Americans voted for a proud sexual assaulter and racial violence instigator.

What I fear most with the Donald President is an increase in racial violence and police killings of non-white Americans.  It’s a real fear, one that was witnessed in the campaign rallies when non-whites were targets, and Trump eagerly encouraged it. It’s hard to tell what “the real Donald is”, as in real life. Was his campaign all “show”? It felt poisonous. Is he dangerous and a psychopath?

I am afraid of Trump and many many other people are, too.

Wishing this would end won’t help us now.  I cannot stop feeling that it’s our reality now.

I ask for your prayers that we rise up united and reject racism at its foundation and core and not be the racist misogynist sexist country that Trump is/was/or will be encouraging.

Thank you for reading this blog! Peace and Love UNITED…

“Literally scared for their lives” is the new “literally Hitler”. #NotMyPresident pic.twitter.com/8cKfQdF2Ce

Donald Trump is our next president. What do we tell the children? – LA Times https://t.co/Vxs95TViem

I am so, so sorry to the rest of the world. We tell our kids to be kind and that good wins. What do we say when the bully wins? @jk_rowling https://t.co/MsaEotDlkw

***Wikipedia:  Trump’s populist[9][10] positions in opposition to illegal immigration and various free trade agreements, such as his opposition to the Trans-Pacific Partnership,[11][12][13][14] have earned him support especially among white[15] blue-collar voters and voters without college degrees.[16][17] Many of his remarks have been controversial and have helped his campaign garner extensive coverage by the mainstream media, trending topics, and social media.[18][19]

Read about the Ventura legacy:

Before Trump, there was Jesse Ventura — and an improbable victory …

***Ventura’s campaign was unexpectedly successful, with him narrowly defeating both the Democratic and Republican candidates. The highest elected official to ever win an election on a Reform Party ticket, Ventura left the Reform Party a year after taking office amid internal fights for control over the party. [WIKI*]