This recent essay on Lost Daughters is a truly revealing story written by a deported adoptee, who experienced a corrupt system called “adoption,” made a victim by her American adoptive parents who fail to register her for citizenship with immigration: http://www.thelostdaughters.com/2015/03/international-adoption-and-story-of.html

And Adam Pertman’s recent post: http://www.huffingtonpost.com/adam-pertman/against-the-backdrop-of-s_b_6830268.html  [In short, Shepherd’s adoption took place before 2000, when a new federal statute conferred automatic U.S. citizenship on most children adopted internationally into this country; the law included a retroactive provision, but she was adopted a few months before it kicked in.]

WHY is this not big news? (Is the adoption industry nervous getting bad press?)

Many, many years ago, adoption was meant to help the children of war, poverty and (often called) this country’s pioneer problems.  Church-run Orphanages housed these small victims – some who had living parents. Some were even called half-orphans. Then gradually state’s replaced orphan asylums with child welfare departments. Gradually and subtly, it was grilled into our heads how adoption “saved” their lives. Or did it?

About the latest thing: some adoptive parents forget or neglect to get American citizenship for their adopted child. An adoptee gets in trouble, breaks the law and they get deported?  To where?  To whom?  If that child meant so much to them, how could American adoptive parents forget or skip that part of the legal process? If you paid money for a baby to be yours, didn’t the adoption agency or lawyer mention citizenship? Wouldn’t you want them stay in the USA if you raise them to be YOUR child? (What is wrong with this picture – buyer remorse?)

This is what we can’t seem to get into our heads: over the years adoption trafficking morphed into providing babies to infertile couples, those who can pay. Courts close adoptions to ease the adopter’s minds and permanently erase the adopted child’s identity and ancestry on their birth documents. When the supply of illegitimate bastards ran out in the US, trafficking went overseas. Those shortages built the international adoption industry into a billion dollar booming business it is today. Those specialized lawyers and adoption agencies legitimatize supplying babies and making lots of money.

FOLLOW THE MONEY: now it requires money to find that orphan, that available baby.  Couples desperate to make a family and adopt will head to hundreds of websites! Potential adoptive parents (PAPS) are shown photos of children languishing in overseas orphanages – a clever sales device to ply PAPS with pity. Those kids are propaganda pawns. Those kids have parents! (Stories about Angelina Jolie and Madonna have surfaced how their adopted children have parents too — but shush, that’s not good propaganda.)

So now the bigger picture is clear… if a child has parents, we can’t call them orphans – because they are NOT ORPHANS. But they are being used to make money, to sucker you in to adopt overseas.

If babies are product, for those who buy in the black market and overseas, they might overlook a baby is only a baby a short time. A child is not a programmable replacement for the child you didn’t conceive. Babies are not blank slates. Adoptees do grow up and will have questions when they get older and not all will be complacent or happy or grateful. Then what will you do? And if your adopted child from overseas has problems, who will you blame? (Will you re-home them? SEE THIS) (top photo from Facebook rehoming page)

Where are the headlines about the cyber-market: babies abducted then auctioned off.  But how do you get adoption papers for cyber-market stolen babies? You’d have to pay off a judge and use a lawyer, right? (Do you think that’s why some states refuse to unseal adoption records? It might reveal fraud and corruption?) We know it takes quite a bit of paperwork to adopt a baby these days, especially internationally. It was never about us, the adoptees. It was about filling a need, collecting cash. Just follow the money and it becomes obvious.

Billions could and should be spent on family preservation, and solving infertility that only seems to be getting worse in the USA – but the adoption industry keeps people focused on the perfect propaganda pawns – orphans. Now there are fertility scandals (see below).

Willful ignorance, bad information or insufficient education, none are acceptable or an excuse anymore. With the internet, there is plenty for potential adoptive parents to read, if they open their mind and take their time and do some research.

You know what? It’s time all this comes out – and all the trafficking and money and corruption is exposed! 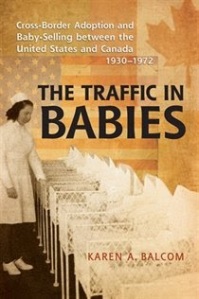 My priorities: We can give children-in-need new parents under new laws called legal guardianship. We never erase a child’s identity. We abolish adoption entirely, and open all the sealed adoption files. We give birthfathers the legal rights to raise their own children.  Social services are reconfigured to work on family preservation and helping parents be parents – and of course solving and ending poverty. Most of all, we MUST stop selling babies and deporting adoptees. We close all adoption agencies and prosecute the traffickers.

The sad part of this is adoptees can’t escape what adults and courts and governments do. We have nowhere to go if we don’t know who we are…We are the pawns. Our voices, our experiences, aren’t part of adoption propaganda.

Karen Vigneault who helps me help adoptees emailed me that we need President Obama to pardon every adoptee from this existing system of identity theft and give us our legal documents: our original birth certificates and adoption records.

Two prominent reproductive law attorneys, Theresa Erickson and Hilary Neiman, were awaiting sentencing (in 2011) by a US district court after pleading guilty to charges connected with an elaborate surrogacy and baby-selling scheme. The many headlines about this fertility industry scandal are clear on the nature of the criminal activities. NBC San Diego titled its early story “Lawyer Busted in Black-Market Baby Ring”; the Los Angeles Times called it a “scam”; the UK Telegraph ran with “Babies ‘sold for $150,000’ in California.” Even the FBI pulled no punches: Its press release is titled “Baby-Selling Ring Busted.”

Many questions about the baby-selling scandal remain unanswered. How did the perpetrators get away with it for years, when many others in the field must have known about or at least suspected what they were doing? What sentences did the court impose? What will be the effects on the babies who were conceived from anonymous gamete providers in order to be sold, and on their families?

Evelyn Stevenson, longtime tribal attorney, advocate and original proponent of the Indian Child Welfare Act, passed away on March 12, 2015 at 9:11am in Ronan, Montana on the Flathead Indian Reservation.  Evelyn was a member of the Confederated Salish and Kootenai Tribes and was the second tribal member, and first tribal member woman, to become a licensed attorney.

A wake will begin at noon on Sunday, March 15, 2015 in the Elmo Community Hall in Elmo, Montana..

[My deepest thanks to Karen Vigneault-MLIS for her help and friendship and research on rehoming, the deportation of adoptees and other breaking news… XOX Trace]