Children should have an absolute right to know who they are

PRESIDENT Higgins was completely right to highlight the outrage that is the denial of birth records to adopted people at the launch of his Ethics Initiative this week.

The psychologists call what happens to adopted people who are denied their biological identity “genealogical bewilderment.”  It is an act of appalling cruelty to expect any human being to float through life not knowing who they are and where they come from. It defies belief that any State could hold those records and deny them to their rightful owners.

As birth parents of children born mid-century die in droves, closing forever the possibility of a reunion, the State sits on its hands, but tells adopted people its hands are tied behind its back.

Sorry, said Minister Frances Fitzgerald in the Dáil last week. It can’t be done. New tracing and information legislation is forthcoming, but as to having a right to know who you are, the Supreme Court has ruled that a birth mother has a Constitutional right to privacy.

Why would such a right ever be invoked except that having a baby outside marriage meant shame? Because we got it wrong and foisted shame on an innocent woman we are determined to foist shame on her innocent child.

Sorry, we say. You don’t have a right to know who you are. That stuff in the Constitution about cherishing all our children equally? It doesn’t apply to you. You’re illegitimate although there is no longer such a thing as illegitimacy.

By refusing to change our laws, and perhaps our Constitution, to end the misery of some adopted people, we are perpetuating the social norms of the past. These norms were so all-pervasive that — as Conall Ó Fátharta reported in this newspaper on Tuesday — 97 per cent of babies born outside marriage in 1967 were put up for adoption and the figures between 1962 and 1974 never fell below 60 per cent.

The few women desperate enough to keep their babies sometimes went through scenes out of Les Misérables. In one of the schools I attended, a teacher kept the fact that she had a baby entirely secret and we only found out decades later.

Continuing the secrecy continues the shame and continues the cruelty. And we don’t have to — our neighbours in the UK sorted it all out 40 years ago. Adopted people in the UK get their birth records when they’re 18. Some of them probably wish they’d received different records. But I doubt any adopted person who goes looking for his or her birth identity is sorry they did so. So what are we waiting for? For all the birth parents to die? Or for all the people adopted during the period of mass adoption to die too?

But that won’t do the trick. Because even as the State is feeling the heat about the right of adopted people to their biological identities, it is denying that right to hundreds and probably thousands of other people. New laws to clarify the position of children born through surrogacy and the donation of genetic material, being proposed by Justice Minister Alan Shatter, will not give people conceived from donor eggs or sperm the right know their genetic identity.

This is every bit as damaging as that which has been done to adopted people. And it is much more cruel, because though it is arguable that in the past the State and the authorities didn’t know the impact that forced, secret adoption would have on children, that is no longer the case. Modern psychology teaches us that most people need to know their biological identity.

In her letter to this newspaper on Tuesday, Margaret O’Callaghan took me to task for supporting same-sex marriage because of her concern for children born “via sperm banks and surrogacy”.

There is no natural connection between the two issues. Gay couples are not the only couples who are infertile. For the record, I am against the conception of any children via donated genetic material.

The point is that the children are here now and the Minister is right to seek to clarify their position in law. But he is wrong to overlook their need to their genetic identity.

Other countries have legislated for this need. The law changed in the UK in 2004 and babies conceived in this way from 2005 will have a right to know their full genetic identity when they are 18, in 2023.

When this right was granted in Sweden in 1984 the number of donors fell, but then rose again to the same level. Other countries which grant this right include Austria, New Zealand, Switzerland and the state of Victoria, Australia.

We could do so too, and the Commission on Assisted Human Reproduction which reported in 2005, said we should. We could tackle the fact that egg and sperm donation is an international industry by limiting Irish clinics to using genetic material from countries which ban anonymity.

But in our fury to provide infertile couples — including gay couples — the “right” to a child “of their own” we seem willing to repeat the mistakes of the past. At that time we had the excuse that we thought we were acting in the child’s best interests because of society’s disapproval of birth outside marriage.

Nowadays we know that a child needs a biological identity — but we are prepared to ignore it in our rush to provide a baby for everyone in the audience.

MINISTER Shatter has made a positive move in his Children and Family Relationships Bill in attempting to outlaw the commercialisation of surrogacy and the donation of genetic material.

This may not mean that much in practice, however, because except in the few cases of a family member acting as surrogate, an unknown woman would not go through pregnancy for “reasonable expenses”. The truth is that those expenses may seem “reasonable” to us, but may be a king’s ransom to a woman in the developing world.

As Caroline and Niall O’Flaherty detail in their recent book, they paid their Indian surrogate over the odds, at $100 a month and for that she had to stay in a “surrogate house” presided over by a figure called “Auntie” while her mother looked after her own children. She went through the perils of pregnancy and birth and must be left with indelible marks on her body of the white baby taken away after birth.

The O’Flahertys are not responsible for global economic inequality. But it just isn’t right.

Baby Ava O’Flaherty has somewhere in her memory her surrogate mother’s smell and the sound of her heart beat. But genetically, she is an O’Flaherty, heiress to two rich family stories.

Let’s think of those less fortunate who only have half their own story and the ones who have no story at all. Let’s hand them every last shred of information we have about them. And for the sake of babies conceived from donor eggs and sperm, let’s understand, once and for all, that they have an absolute right to know who they are. 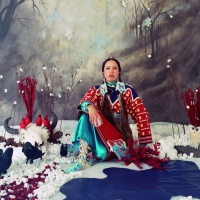 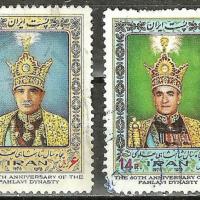 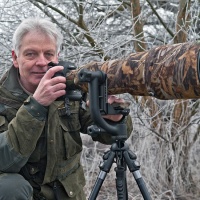 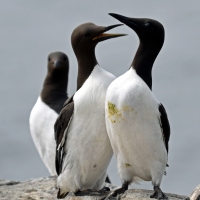 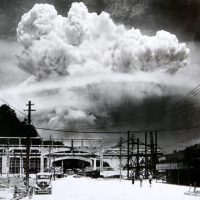 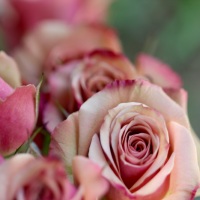